You might have to buy a box / dongle…here’s why 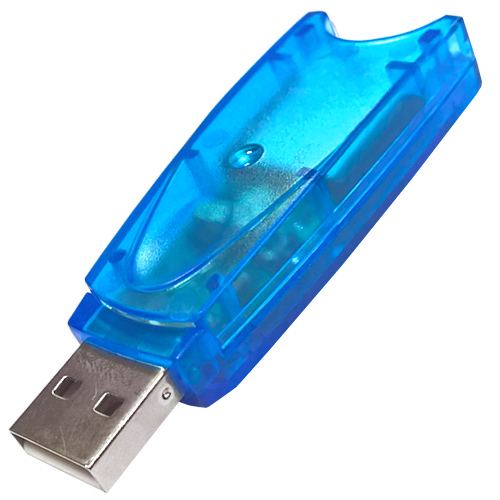 Once upon a time, there were many free tools available to we phone & modem fanatics and they worked perfectly. Our Online Training covers a few. Flashing, backing up, unlocking, writing IMEI / fixing NV errors etc were really easy to do provided you knew how to use the available tools. Fast-forward to 2018 and we have much fewer free tools plus the numbers keep dwindling. What happened? Well, improved security features did happen but mostly you and I happened.

Free projects are getting less sustainable

Over a year ago, a Forum member was complaining about not being able to download a file. In his post, a statement caught my attention:

I suggest you don’t commercialize this forum too much and operate as Xda forum does. Let members donate if they can with minimal ad interruptions. Rather disappointed.

This struck me as he being out of touch with reality. First off, XDA doesn’t rely on donations; if it did then it would have folded up long ago. When last have you donated to a free project if at all you’ve ever donated?

Most developers (who contribute their time to free projects) I know do it for the love of it or as a hobby but businesses outlast hobbies more often than not. You see, free project developers are humans too; they have lives, responsibilities and bills to pay. They’ll eventually have to abandon such projects because thank you meters / star ratings don’t pay the rent when last I checked.

How’s this my fault?

We have far more takers than givers. Even those to whom much has been given don’t want to share. I’ll share a personal experience with you.

Some years back (those years of MTK Droid tools backups), there was one Tecno phone model whose stock rom wasn’t available anywhere online but people were bricking theirs at an alarming rate. We had an entire thread at the Hovatek Forum with several pages of people asking for someone to please upload his/her backup. Being the only ones collecting Tecno stock roms back then (we were the first to begin collecting and currently have the largest online collection), we had to step in.

We were able to gather about 4 people with this same model (but already bricked with different causes of bricking) then combine the files from their phone backups and send to one member who stood the best chance of unbricking using the combined files. The agreement was that he would unbrick his then backup his phone and upload a full backup for many pages of members to use in fixing their phones. After all our uploads and free private step by step support, this 5th member was able to unbrick his phone.

The moment his phone was unbricked, he was elated but suddenly became ‘too tired’ to continue with the backup of his full ROM. After several unsuccessful attempts at contacting him the next day, he asked me to just itemize the backup process that he would follow it ‘once chanced’. This was someone who was on our neck almost every minute when his phone was bricked, he’d suddenly become too busy.

Several days later, I reached out to know if the backup (about 700MB) had been done and when it would be uploaded. It was from one excuse to another; no power, exhausted data (he was willing to download over 2GB if need be just to fix the phone), went for a wedding, Soldiers and Policemen clashed at Oshodi, NASA rescheduled the launch of a satellite, DSTV had taken some channels off the air… I got the message loud and clear, his phone was fixed so we could all go to hell. I was used to people like him online so we continued trying to get a full backup elsewhere.

A few days later, this same fellow called. he was begging and practically crying on the phone. He’d bricked his phone again and this time, it wasn’t even coming on. He needed the full stock rom to fix his phone. Unfortunately – he went on – his PC crashed so he lost the backup he’d made. He was like 🙁 🙁 🙁 🙁 while I was like 🙂 🙂 🙂 🙂 then I ended the call. We eventually  got the full backup from someone else.

This is how most of us have become; we want others to do things we wouldn’t do for them. We want free stuff but ask others to pay us at the slightest opportunity…for the same thing.

Why paid projects are flourishing and free ones are dying

You might have noticed that there’s an increasing mention / use of boxes and dongles (or paid software) in phone or modem tutorials these days. This is because we’ve killed off most free projects by ourselves. Brands constantly improve the security of their devices so developers need to keep working hard to keep your favorite tweaks working. What is your team of developers going to tell the internet company or office space owner? “Ermm.. we’re providing free tools and tweaks to people so you should not bill us too”.

We constantly visit a free project’s (which is funded by Ads) website armed to the teeth with Adblockers yet we complain bitterly when the project doesn’t release timely updates. In what universe does that make sense? We’re quick to rate a hardworking project 1 star or dish out insults over minor things which are mostly due to our impatience in following instructions. We want projects to rely on voluntary donations when donating isn’t even in our DNA. A developer rolls out a cheap paid version to support development and we’re game to turn the internet inside out, upside down searching for cracked versions.

These are some reasons why free projects are fast getting abandoned or sold off to investors who’ll eventually bill you for them.

What are boxes / dongles and how do they work?

As I said to a friend a while back, we’re entering the era of boxes and dongles. These teams are able to protect their work and secure a revenue stream, enabling them to integrate features which free tools don’t have.

How reliable are box / dongle cracks

As always, you’ll have those looking to cheat the system by using cracks that don’t require a hardware dongle / box and are therefore free but are these reliable? Not really and here’s why.

Just as flash / unlock tools depend on the device in question, so do boxes. There are many boxes for achieving different things on phones and modems and I will discuss them in a future article. You can place an order for some boxes / dongles here  .