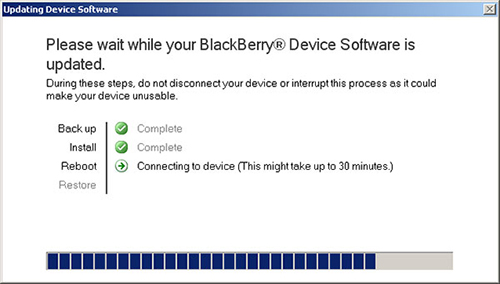 A Blackberry could get very frustrating, especially when it starts freezing, giving you a white screen, not starting up, taking too long to boot or respond. There are quite a number of techniques you could employ in fixing such but imagine coming out of one problem only to fall into another. When OS issues become persistent, two reliable approaches to consider are:

In this guide, we’ll be treating how to upgrade and downgrade Blackberries running on Operating Systems below Blackberry OS 10

What is a Blackberry Operating System (OS)?

How are various versions of Blackberry device software / operating system ranked or placed in a hierarchy?

What does it mean to refresh , update, upgrade or downgrade a Blackberry Operating System (OS)?

These terms mean different things and should not get mixed up:

Why should I update, upgrade, downgrade or refresh my Blackberry OS; are there any benefits?

It is very important you know how to upgrade, downgrade, refresh or update a Blackberry OS if need be because these are very valuable tools in fixing a crashed or corrupt Blackberry OS. In situations where you have a white blackberry screen (see https://www.hovatek.com/blog/how-to-fix-the-blackberry-white-screen-of-death-wsod/ ) , very slow or freezing Blackberry (see https://www.hovatek.com/blog/how-to-fix-a-slow-lagging-hanging-crashing-blackberry-phone/ ), your Blackberry is not coming on etc . Blackberry regularly releases updates in which they fix some security holes and integrate wonderful features that would give you a better Blackberry experience; all of which you would be missing if you don’t regularly update your Blackberry OS. Updating your Blackberry OS also enables your Blackberry support the latest versions of your favorite apps (which are being loaded with more and more features with each version) so you don’t have to be left out of the latest technologies.

How frequently should I update my Blackberry Operating System (OS)?

I honestly would not advise you to go updating your Blackberry OS as soon as a newer version is released because history has taught us that initial releases of new OS updates are usually buggy so they might be shortly followed by hot fixes. In extreme cases, people who update to a given new OS might all have one peculiar problem associated with that OS because it might still be in beta testing. My advice to you is that you wait a few weeks till you get positive feedback or at least, no enormously negative feedback about the OS you are about to update to.

Why can’t my Blackberry OS be upgraded to certain OS versions?

There truly could be a limit to what version of the Blackberry operating system a specific Blackberry device can support. One good reason is that the hardware makeup of a device might not be well suited to support certain features. Certain Blackberry devices are not advanced enough to support the highest or latest versions of the Blackberry OS. Trying to tweak your way around it would most likely result in your OS eventually crashing. Imagine trying to install a sophisticated camera managing app on a device that doesn’t even have a camera.. silly isn’t it?

Are there any problems associated with upgrading, downgrading, refreshing or updating my blackberry OS?

If the process is executed correctly, then you should have a perfect Blackberry. You should however be aware that there are certain pitfalls you might want to avoid when installing a Blackberry OS. Some are:

For this method, you will need a laptop / PC with Blackberry Desktop Software installed. The procedure is as follows:

What would I need to upgrade my Blackberry operating system

Depending on the method you’ll be using, you’ll need:

How do I update my blackberry software?

There are four methods through which you can update your Blackberry Operating System (OS):

How to update your Blackberry OS on the web

You can update your BlackBerry smartphone OTA (over-the-air) without connecting to a computer. To get started:

Select the Options icon from the Home screen.

How to update your Blackberry OS using offline method

What of Blackberry 10 devices?

There are a number of OS installation / upgrade techniques for Blackberry OS 10 devices . Two are:

1.  Over The Air (OTA) updates:  Normally, you should get a notification when an update is available for your carrier but if you don’t, go to Settings > Software Update and manually check for,  download and install any available updates.

2.  Using the Blackberry Link Software: This method requires a PC and an internet connection. To do this: