How to resolve the problem of an overheating Laptop PC 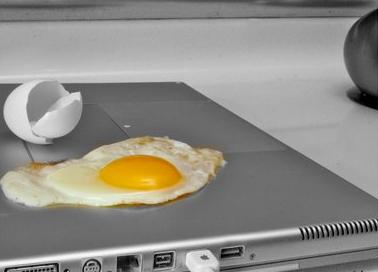 You really need to hear how loud some laptops could get during use; like those coal-powered locomotive trains. Some laptops even get so hot that they should be called “Desktops” (since that’s where you put them else they burn your laps). What’s particularly striking about laptops experiencing either of these two issues is that they were’t that bad when the laptops were brand new. Question is, What could have gone wrong? In this article, we’ll be looking at factors that could over-work a laptop PC / cause it to overheat, how to prevent them and also how to resolve such issues when they occur.

What could cause a Laptop PC to overheat?

The most common causes of overheating in laptops are:

What are the signs of an overheating laptop?

What could cause a laptop PC to make so much noise during use?

This abnormally loud noise originates from the cooling  fans. This is an indicator that:

What could overheating result in if not quickly resolved?

Unattended to, overheating of a laptop PC could cause:

How do I resolve the problem of an overheating Laptop PC?